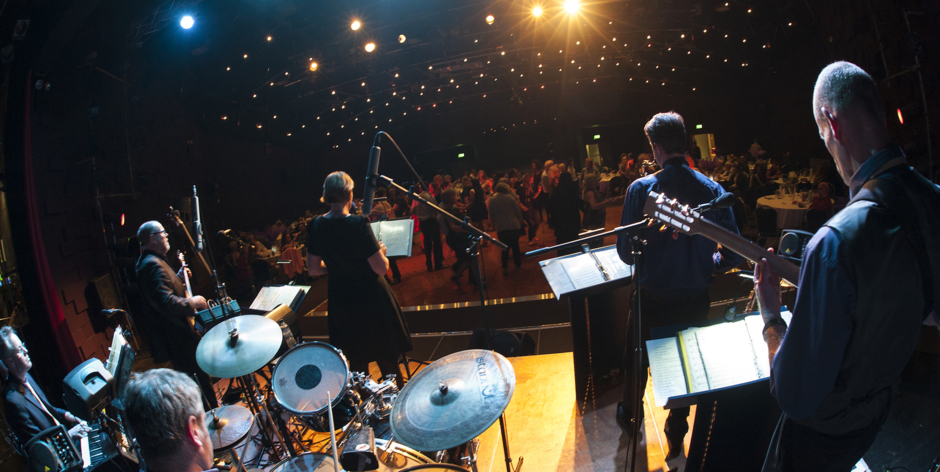 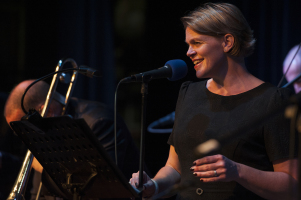 On vocals Charlotte single handedly makes the Goats a beautiful thing to behold. She has been performing for years and has sung with many bands, played countless leads in various musicals, done television work, radio work, toured internationally ( and no we're not talking gap years ) and tonnes more besides. Favourite numbers include Love For Sale and Big Bad Handsome Man 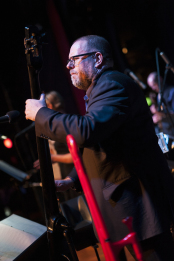 On trombone, double bass, vocals and the eggs Martin is ceaselessly cheerful, helpful and witty. He is noticeably more socially adept than the other ( male ) members of the band and is considerate and accommodating. So he doesn't really fit in. But we let him play anyway. He is fantastically talented and over the years has worked with both national and regional orchestras, big bands, jazz bands and much more. He is also a highly sought after musical director. Hobbies - collecting trombones and basses. Ask him how many he owns. 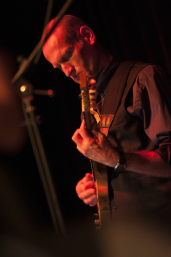 On guitar and cornet ( so far - he has other talents ) Chris is a human encyclopedia of all things musical. If you want to know what the B side of an obscure single only released in Holland in 1932 was, and what microphones they used to record it, please ask him. He plays rhythm and lead guitar, often at the same time. His cornet solos can make grown men weep. In a good way. A fantastic player who covers Benny Goodman to Herbie Hancock to Status Quo without breaking sweat. 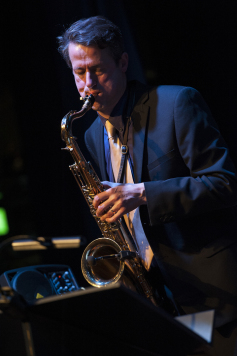 Doctor Chris ( aka Doctor Love ) is our youngest goat. In his spare time he saves lives, fixes hearts including offering a full replacement package. He is a proper jazzer and therefore understands very complicated music. He is teaching the rest of us. His lyrical solos and willingness to get down and dirty in a few rock 'n' roll numbers make him a brilliant addition to the band. 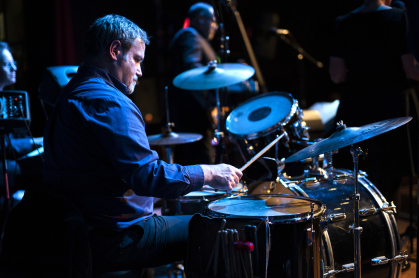 We are lucky enough to have played regularly with four superb drummers but Les is our regular drummer. His CV includes major films, recordings and theatre performance. In a strong field, he is the band winner for dry sense of humour and knowing glances. Our rock steady engine. Supports a well known North London football team, I think.

Jason can usually be found hiding in a dark corner of a venue somewhere, and sometimes at the ones the band is playing in. As chief flyer of our faders and twiddler of our knobs, he keeps us all balanced.  Humper of kit, engineer of systems, plugger of plugs, the only one of us who can lift the back end of our really big flight case into the van on his own, and master of the speedy rig and de-rig Jason is the most recent addition to the band.  Lucky power tool – a close call between angle grinder and chainsaw – as he says, we can get in anywhere we need to with those. 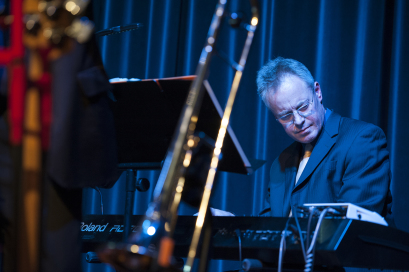 Ben leads from the rear. Charged with bringing order where there was chaos, booze where there was none and a few minor offences which are now time served. Ben plays piano. Remember kids, fast is better. Lucky herb - coriander.

We are located in:

Hertfordshire but will travel anywhere

If you have any queries, feedback or would just like to chat about your event  or are seeking some advice please contact Ben or Martin at

or call us on

For bang up to date news,  a far bigger  selection of photgraphs and a few slightly iffy amateur videos please go to https://www.facebook.com/JazzGoats/